ALGORITHMS ARE BEING WIELDED AS TOOLS OF OPPRESSION.

At Encode Justice, we’re fighting back.

Use the map above to access volunteer form links for individual chapters by clicking on the pins.
Don’t see your state or country represented? ↓

the latest advocates for ethical AI aren't even old enough to vote: they're part of a group called @encodejustice, and they're mostly in high school. it was such an honor to speak with these inspiring teenagers, and i can't wait to see what they do next.https://t.co/WHJ1GtuYSY

16-year-old Sneha Revanur started Encode Justice to point out the dangers of AI-based applications. “We’re fighting for a future in which technology can be used to uplift, and not to oppress.” https://t.co/4C8pCOk537

"We're fighting for a future in which technology can be used to uplift, and not to oppress..." -Sneha Revanur @encodejustice

"Without intervention, the promise of AI may be quickly eclipsed by its perils. This isn’t an abstract technical phenomenon; it’s a 21st-century civil rights issue." https://t.co/oSAV2ZR1hL

“‘As the most interconnected generation, we should be taking a more active stance on [algorithms], but we’ve been previously left out.’”

most of my organizing was done as a & with youth. so, thrilled to profile @encodejustice, a youth-led org, for @michttps://t.co/Zhnqdx0WsH

"We are the next generation of technologists, regulators, activists - it's impacting our lives on a daily basis, and in the future, we have the most to lose"

Youth group @encodejustice is taking up the fight for US digital rightshttps://t.co/XkSeITMIji

Op-ed co-written by Deputy Director of Policy, Conan Lu, and Erica Darragh of Fight for the Future in Teen Vogue (Click to view):

#OpEd: "Sacrificing the safety and security of millions of students to catch a handful of cheaters is reckless and immoral. Educators who use eproctoring are trading convenience for students’ rights." https://t.co/vxMJwJszsc

Interviewed for SiriusXM talk show The Feed and the podcast The Good Robot, produced by researchers at the University of Cambridge. 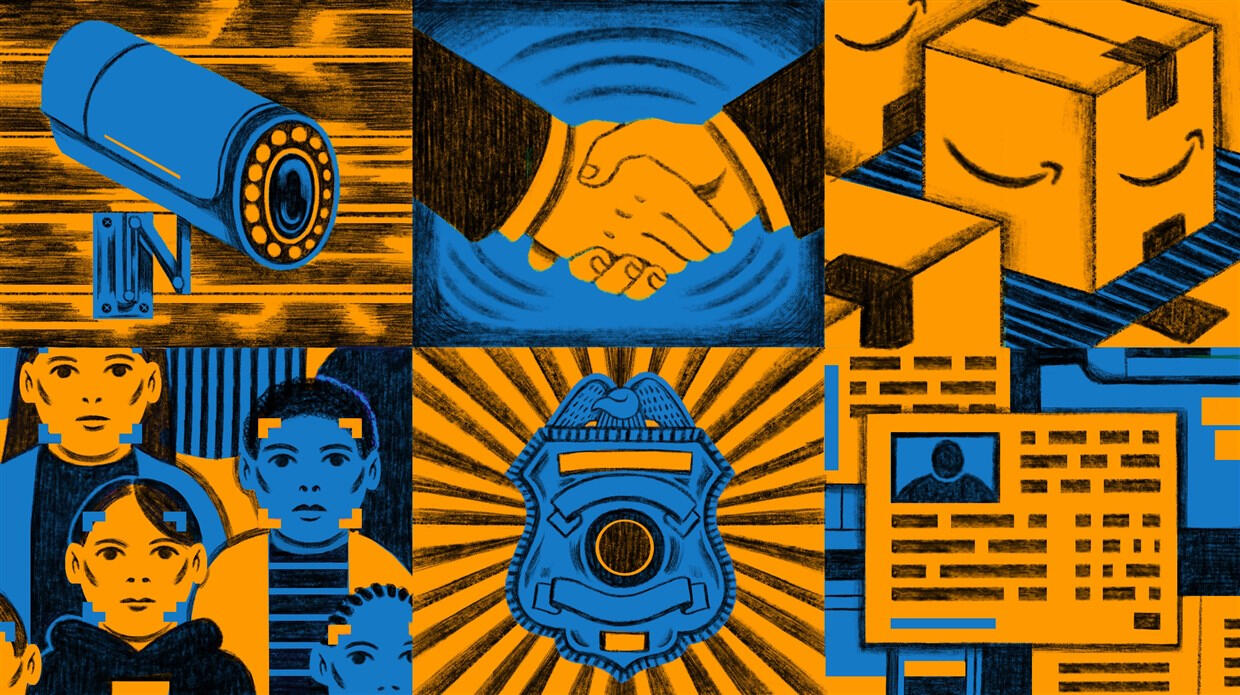 Algorithms have left no part of our world untouched, revolutionizing cancer diagnosis in one context and assisting pretrial release decisions for criminal defendants in another. However, the bias that plagues human decision-making can reach even the seemingly impenetrable, objective mathematical formulae that define artificial intelligence.

For example, algorithms used in the U.S. criminal justice system are trained on historical datasets that reflect the disproportionate policing and incarceration of communities of color. They’re taught to make independent decisions by analyzing countless instances of real-world data in search of patterns that explain certain results.

This process forces them to unconsciously digest the bias that has historically victimized marginalized groups. As some have put it, the devil is in the data.

That’s where Encode Justice comes in.

WE’RE A COALITION OF YOUTH ACTIVISTS AND CHANGEMAKERS FIGHTING FOR HUMAN RIGHTS, ACCOUNTABILITY, AND JUSTICE UNDER AI. HARNESSING A GLOBAL NETWORK OF VOLUNTEERS FROM ALL OVER THE UNITED STATES AND WORLD, WE CHAMPION INFORMED AI POLICY AND ENCOURAGE YOUTH TO CONFRONT THE CHALLENGES OF THE AGE OF AUTOMATION THROUGH POLITICAL ADVOCACY, COMMUNITY ORGANIZING, EDUCATIONAL PROGRAMMING, AND CONTENT CREATION.

The Stand Up to Surveillance Campaign (November 2020—) 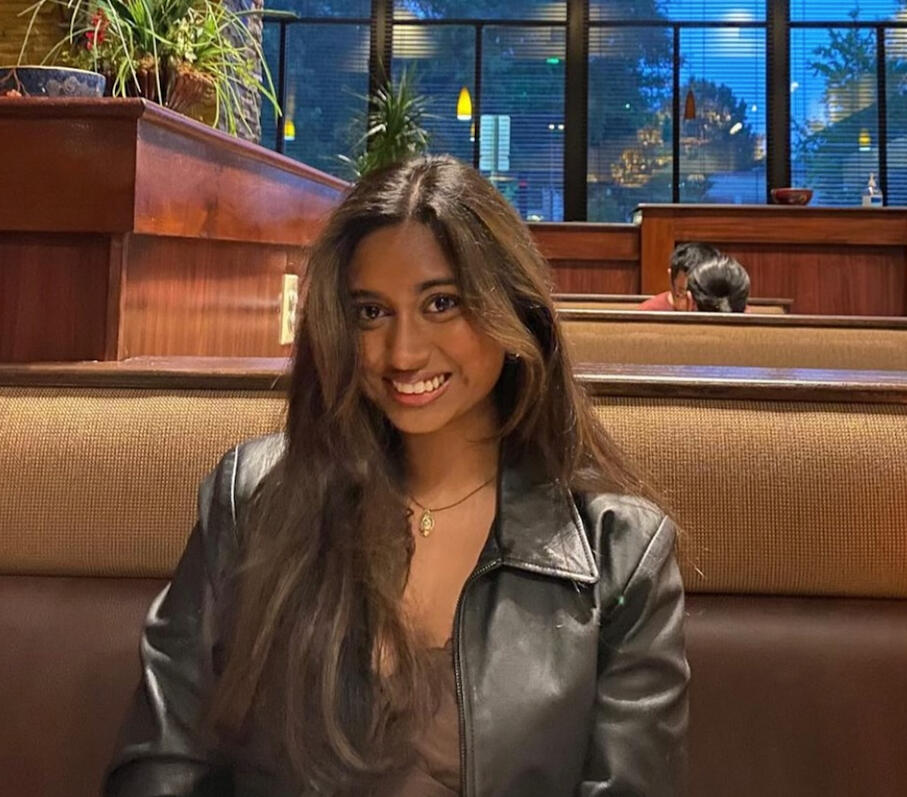 The same software used to surveil Uyghur Muslims in China has contributed to the wrongful arrests of Black men in Detroit: facial recognition technology. It has also enabled unchecked privacy abuses at the hands of ICE and has been used to monitor Black Lives Matter protestors exercising their constitutional rights, disproportionately misidentifying Black, Brown, and Asian Americans; women; and LGBTQ+ individuals. With our Stand Up to Surveillance campaign, we’re lobbying for a federal ban on government use of facial recognition and have already partnered with multiple city councils to push for local action. We’re hosting workshops and events; coordinating organizational partnerships; operating our very own Students Against Facial Recognition committee, which unites representatives from various student-led organizations; and compiling original research reports and policy proposals, through which we’ve collaborated with officials on every level, from local legislators to the White House.

Encode Justice joins a coalition of 40+ civil rights groups in calling on the Biden administration to support a federal moratorium on government use of facial recognition technology. Read our demands here: https://t.co/lJSi4iajCg

We spoke at the Minneapolis public hearing, phone banked, and email banked endlessly to help make this a reality—and it finally is! 🥳 https://t.co/ognn2HVhYf 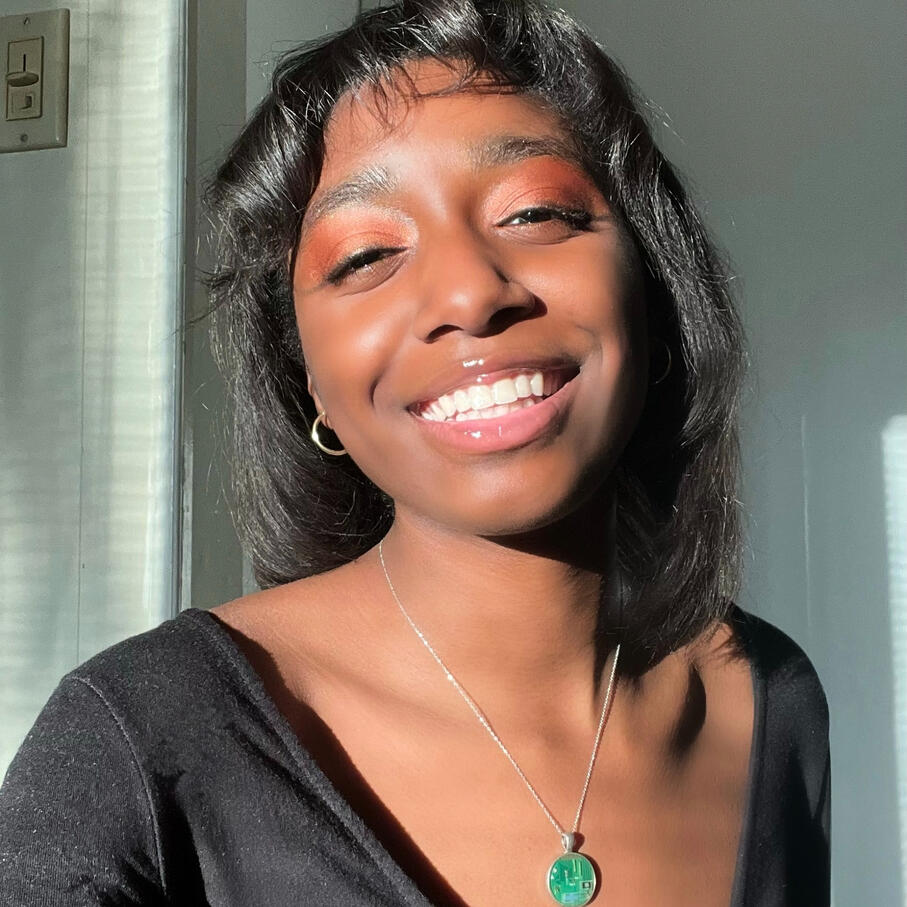 California Senate Bill 10 (which was on the November 2020 ballot for voters in the form of Proposition 25) would have replaced the evil of cash bail with the combined evil of pretrial risk assessment tools and reduced judicial accountability. It would have expanded a system of automated racial profiling that only fuels pretrial incarceration while empowering judges and probation with funding and discretion. As a member organization of the Committee Against Pretrial Racism and the JusticeLA Coalition, Encode Justice recognized that a Yes vote on Proposition 25 would only further erode the California criminal legal system.

As part of this campaign, we collaborated with other community-based groups, phone banking, text banking, email banking, organizing social media advocacy, creating informational content like articles and videos, and hosting events. The campaign ended with a resounding victory; California voters ended up rejecting the measure by a 13% margin. Click here to learn more.

(measured via post-workshop survey filled out by students) 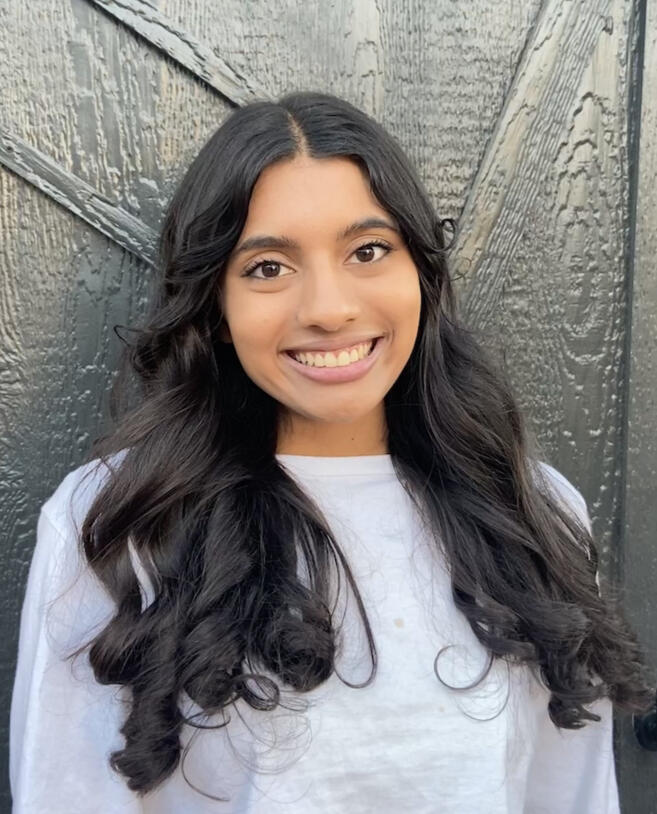 Sneha Revanur (she/her) is a senior at Evergreen Valley High School in San Jose, California with a dedication to harnessing public policy, law, storytelling, and technology to catalyze systemic change. She launched Encode Justice in July 2020 in order to integrate youth within the algorithmic justice movement; as one of California’s two delegates to the 2022 U.S. Senate Youth Program, a 2021 Princeton Prize in Race Relations Recipient, and a 2021 Youth to the Front Fund Frontliner, her work mobilizing students for civil rights in the age of artificial intelligence has been extensively recognized. Sneha was also named a 2022 Cameron Impact Scholar, an honor that proffers a four-year, full-tuition, merit-based undergraduate scholarship to any U.S. institution. She has had the honor of presenting her work to audiences at the U.S. Department of Education, the White House Office of Science and Technology, NASA Ames, and the University of Cambridge’s Leverhulme Centre for the Future of Intelligence. Outside of Encode Justice, Sneha loves to write about progressive politics, aid electoral campaigns, learn languages, and travel.

Alexandra Raphling (she/her) is a senior at Santa Monica High School in Santa Monica, California. She serves as the Chief of Staff and Editor-in-Chief at Encode Justice, as well as a policy and advocacy fellow. Outside of Encode Justice, Alexandra leads her school’s Student Task Force and participates in Mock Trial. She loves to play tennis, read, and surf. 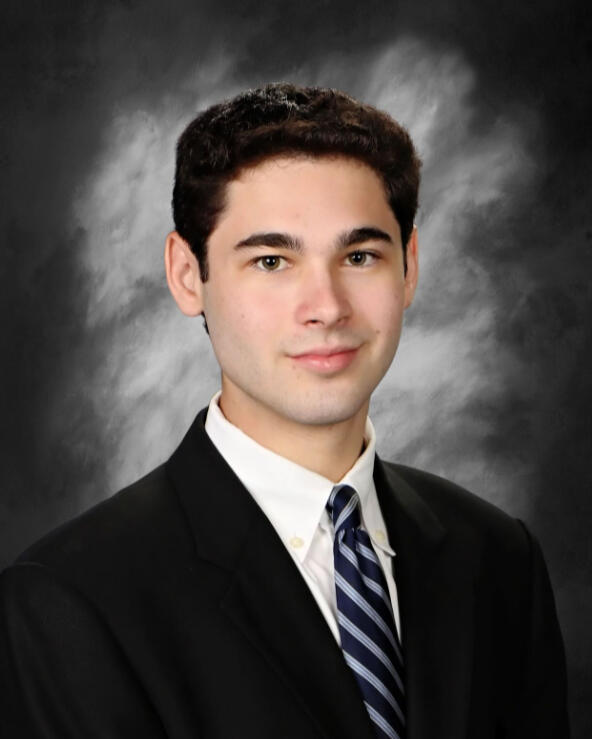 Kashyap Rajesh (he/him) is a sophomore at Adlai E. Stevenson High School in Lincolnshire, Illinois. He currently serves at the Illinois state director as well as the Chapter Coordinator at Encode Justice. Kashyap is part of his school’s congressional debate team and works on campaigns to ban flavored tobacco as part of the youth-led coalition Catalyst. Aside from his work at Encode Justice and Catalyst, he enjoys singing and going on biking adventures with friends.

Raksha Govind (she/her) is a senior at Lambert High School in Suwanee, Georgia passionate about utilizing research to push for progressive policy change. She currently serves as the U.S. Chapters Communications/Onboarding Lead and directs the Georgia chapter. Outside of EJ, she competes in Varsity Debate and conducts research at the Center for Science and Law. In her free time, she loves to buy overpriced coffee, go on scenic walks with her friends, and learn Kathak.

Ezra Ford (he/him) is a freshman at Pomona College from Seattle. He serves as the Director of Operations at Encode Justice, focusing on optimizing growth, productivity, and impact. You can learn more about his work outside of Encode Justice at ezraford.com. He loves to produce and listen to music, drool over shoes, and play tennis or pickup basketball.

DIRECTOR OF FINANCE AND TECHNOLOGY
pranavrvg@gmail.com 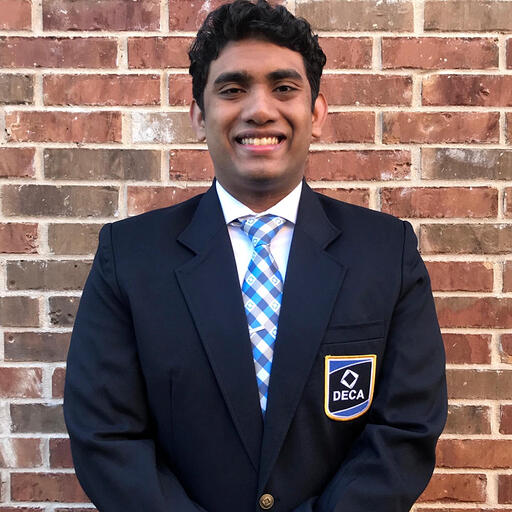 Pranav Jaganathan (he/him) is a senior at Reedy High School in Frisco, Texas. He currently serves as the Director of Finance and Technology at Encode Justice. He's heavily involved in his school’s DECA chapter as the president and is a member of his district’s Student Advisory Council. After high school, Pranav wants to major in economics and pursue a career in law and government.

Kristen Crawford (she/her) is a freshman at the University of Texas at San Antonio. She currently works as the Director of Outreach and Recruitment. Outside of Encode Justice, Kristen is an active builder on the Sims 4 and an avid movie enthusiast.

Damilola Awofisayo (she/her) is a senior at Thomas Jefferson High School in Alexandria, Virginia. She currently serves as the Director of External Affairs. Outside of EJ, she is executive director of TecHacks and is president of her school’s Black Student Union. In her free time, Dami enjoys going to hackathons, playing basketball, and Muay Thai boxing. 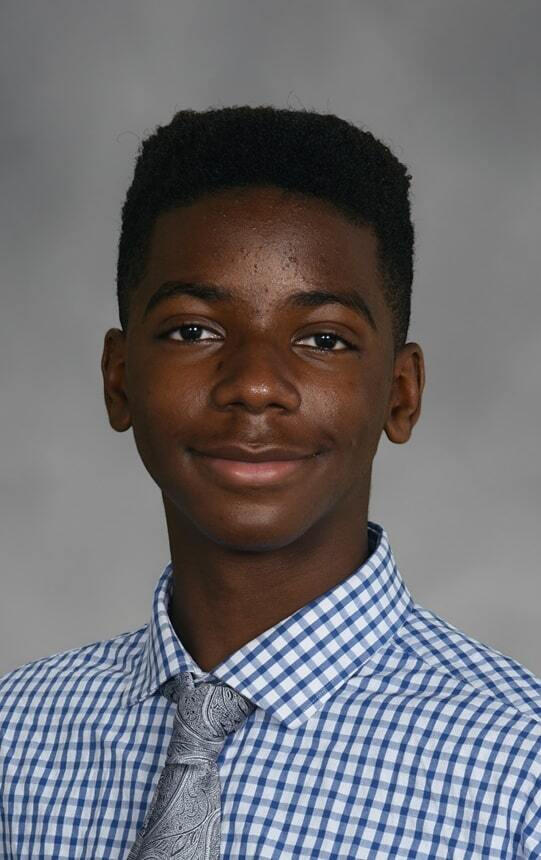 Sumanth Ratna (he/him) is a senior at Thomas Jefferson High School for Science and Technology in Virginia, where he is Co-Captain of Ethics Bowl, among other activities. As Director of Research, he plans to use his experiences in civic technology and deep learning research to lead various projects on algorithmic bias at Encode Justice. Passionate about using tech to impact people, he also works on computational biology research at Dartmouth-Hitchcock Medical Center. In his free time, you'll often find Sumanth playing basketball and chess with his friends. 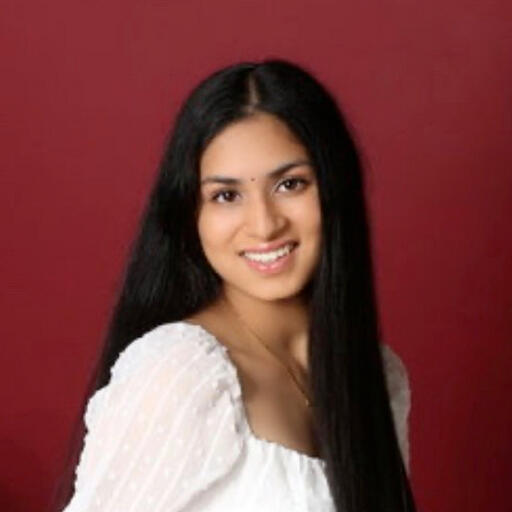 Emini (he/him) is a first-year undergraduate student at Vanderbilt University majoring in computer science, focusing his studies on applied machine learning, data analytics, and blockchain infrastructure. He also enjoys teaching self-paced computer science courses and developing course curricula. As Co-Director of Technical Research, he plans to work closely with Encode Justice’s research fellows and other team members to develop numerous research projects that shed light on both the apparent and unapparent AI biases that exist today. 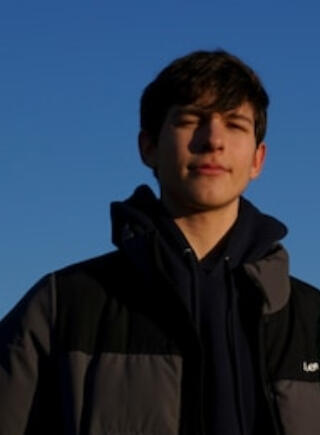 Adrian Klaits (he/him) is a junior at George C. Marshall High School in Vienna, Virginia. He currently serves as the Co-Director of Advocacy at Encode Justice. Outside of Encode Justice, he has served as vice-chair on the Virginia Democratic Teen Caucus and as an intern for his state delegate. Adrian also plays for his varsity baseball team, enjoys learning languages, and listens to all kinds of music. 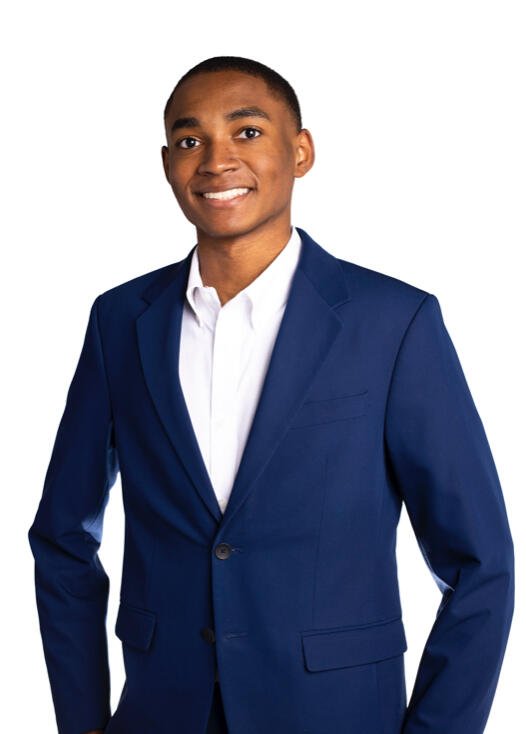 Viraj Ala (he/him) is a senior at West High School in Torrance, California. He currently serves as the Director of Advocacy at Encode Justice. Outside of Encode Justice, he chairs the GenUP First Generation Caucus and serves as a student intern for his local city council. Viraj also plays basketball, wrestles, and loves a good fish taco. 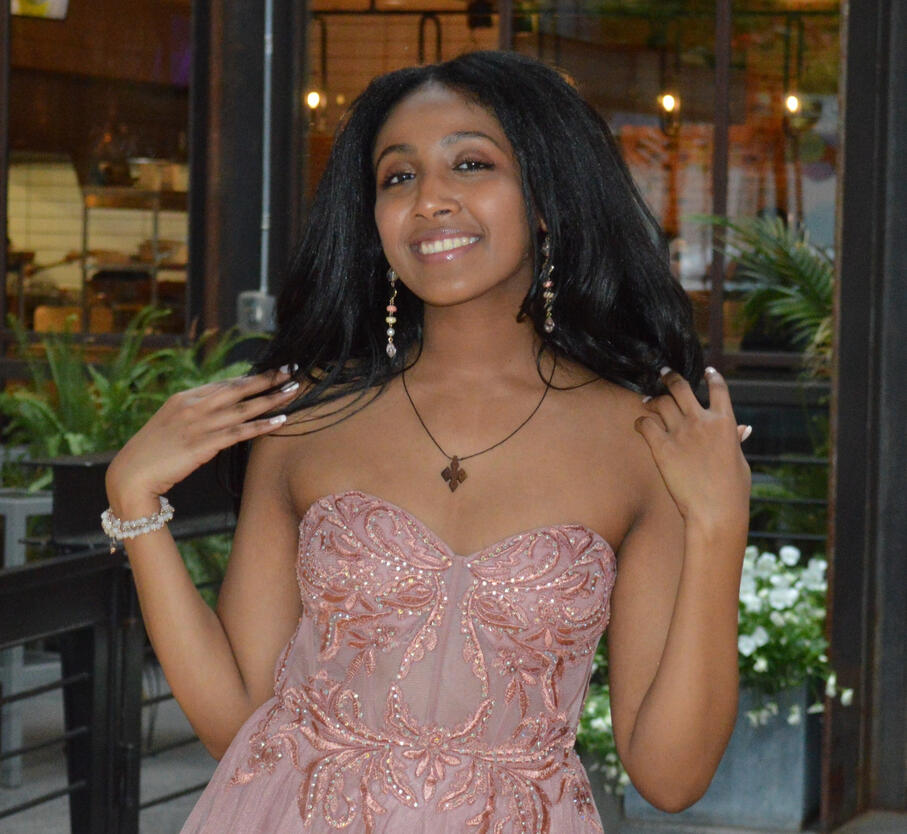 Vidya Bharadwaj (she/her) is a senior at Adlai E. Stevenson High School in Lincolnshire, Illinois and is passionate about STEM and social justice. She currently serves as the Co-Director of Education at Encode Justice. At school, she is the president of the Girls In STEAM club, and is a part of both Model UN and peer tutoring. She is extremely dedicated to bridging the gender gap in STEM and runs GirlCon, an international tech conference that aims to empower women in STEM. In her free time, she enjoys dancing, singing, and playing water polo!

Natalyah Cadiche (she/her) is a senior at Jonathan Dayton High School in Union City, New Jersey. She’s passionate about working with technology and expanding its possibilities but also hopes to prioritize people’s rights and equality in her work. Encode Justice has given her the opportunity to explore the legal aspects of technology while educating herself and others on the extent of AI’s influence. 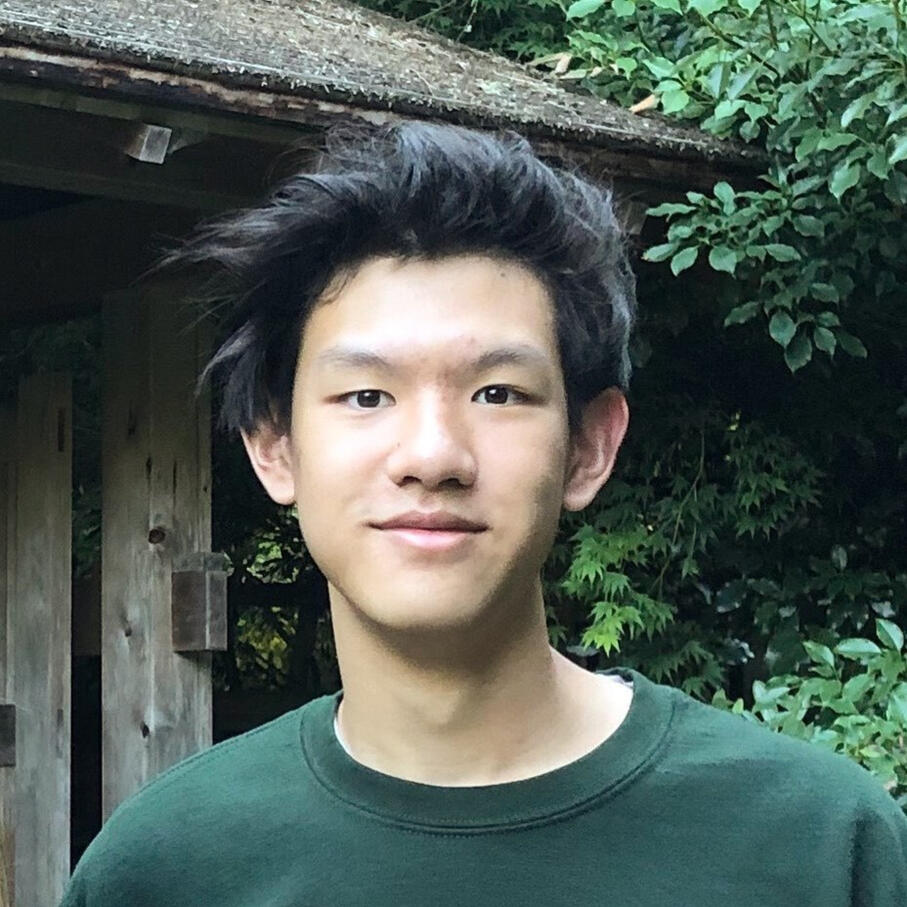 Conan Lu (he/him) is a senior at Redmond High School in Redmond, Washington. His work as a researcher centers on improving data privacy with image protections. As Deputy Director of Policy, he centers the perspectives of marginalized communities and examines technology critically to mitigate algorithmic harms.